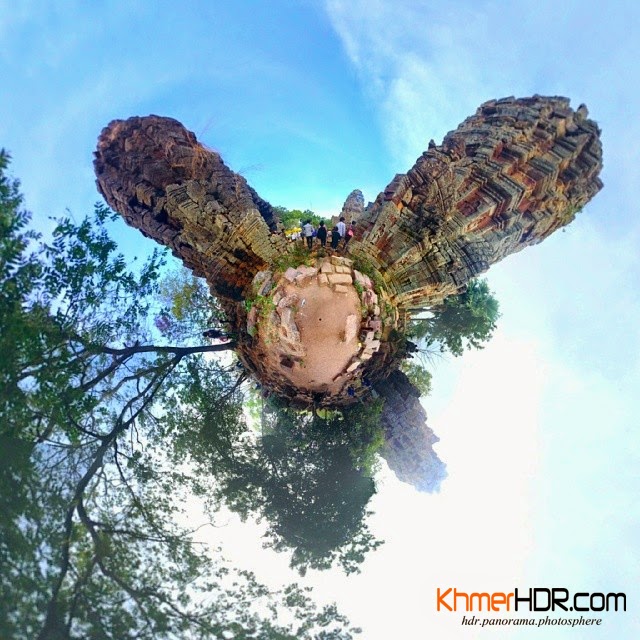 Banan Temple (ប្រាសាទ បាណន់) was adapted the architecture of mid-11th century and the end of 12th century which was first built by King Ut Tak Yea Tit Tya Varman II (1050-1066) and then was finally built by the King Jarvarman VII (1181-1219). The temple is located on the top of approximate 400-meter heighten mountain at Kon Tey 2 commune, Banan District in 25-kilometer distance from the provincial town by the provincial Road No 154 (former No 155) parallel to Sangke River.
You can take a virtual tour by viewing the above photo!