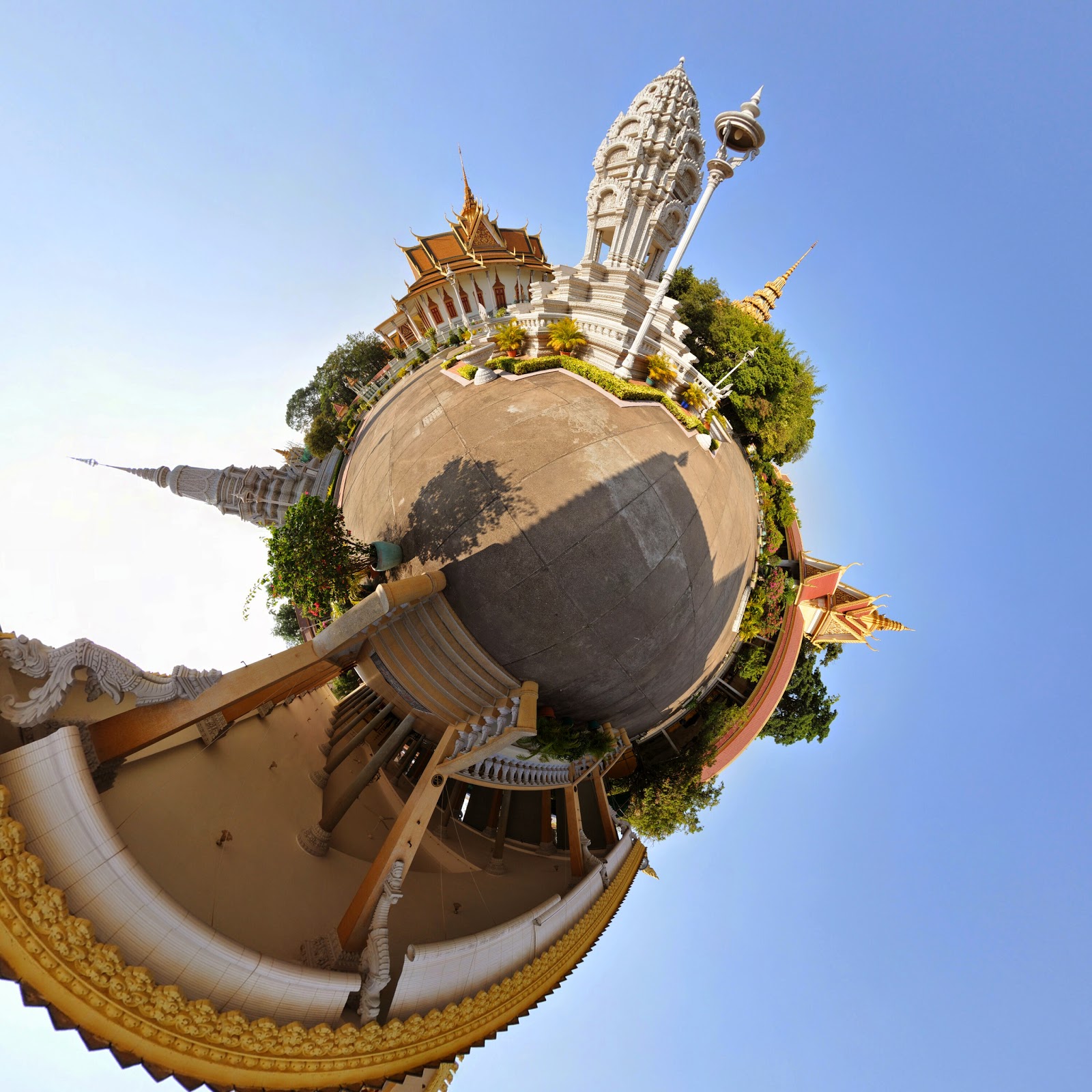 He was built in 1866 by King Norodom the Royal palace is now home to His Majesty Preah Bat Samdech Preah Norodom Sihanouk, King of Cambodia,and Her Majesty Preah Reach Akka-Mohesey Norodom Monineath Sihanouk, the Queen of Cambodia. The architecturally incongruous Napoleon III pavilion shipped and reassembled in Cambodia was a gift of the French Empress Eugenie in the early 20th century. Outside the southeast wall of the palace is the house of the white elephant traditionally used for special regal occasions including Royal births, deaths or weddings ~ according to Phnom Penh Capital Hall.
Now you can tour virtually in Royal Palace of the Kingdom of Cambodia as viewed above (except the prohibition sites).
In short about the photo:
Title: Photo Sphere of Royal Palace
Location: Phnom Penh Capital, Cambodia
Contributed by: 고기만
‹ Newer Post Older Post › Home